When the Shit Hits the Fan

There is no bigger reason for failure than not planning to fail.

So you had better plan for it.
Your chance for success in any endeavor rises dramatically if you:

Know you are going to fail

Have a plan in place to both minimize the impact of your failure and to get back on the wagon immediately.
Failure is only a problem when it becomes a habit. And the habit of failing can become ingrained into your daily life very quickly.?You have to be aware of this.

Let’s say you go to the gym three days a week at 6 pm and lift for 25 minutes. And today is a workout day.
Bang! Life gets in your way.

Your meeting runs late and you still have some calls to make. You don’t even leave work until 6:15.
Traffic is snarled. Must be an accident somewhere. The earliest you can get to the gym is 6:50 but you have to be home to help with dinner by 7 pm.

The gym gets axed. Nothing you can do about it. You’re out of time.
You’re pissed about it but it is all out of your control.

You tell yourself you’ll hit the gym tomorrow. But it’s 50/50 at best.
Another gym miss will erode your fragile habit of working out.

Take back some control by planning for this failure

One rule of fitness is “Anything is better than nothing.”

Be cognizant that habits can be very delicate. If you recently just began working out, this habit is more likely driven by willpower than by being fully ingrained in your system.

Missing once breaks the chain. Missing twice shatters your confidence. And if you miss three times in a row, your habit is dead. Gone.

You are starting over. Or worse yet, you fall into the abyss and six months go by before you know it.

If all else fails

Have a workout ready for these inevitable times when your plans go to hell.

Call it your “If all else fails” workout.?Make it something simple (no equipment required), quick (minimal time needed) and effective.

The idea is not to replace the workout you just missed. The key is to reinforce the habit of working out. Not missing the workout entirely.

Remember, the key is to:

There is a nasty, self-sabotage cycle called the “What the Hell” effect. You can read about in this great book about willpower.

It occurs when your willpower fails, you give in to an indulgence and you feel regret. You then follow with an irrational response of greater indulgence.

You’ve been there.?The box of Krispy Kreme donuts magically appear in the break room. Who brought those damn things?

Maybe it’s the smell or just the thought of tasting one but your craving is skyrocketing.

So you cut a donut in half and inhale it. You’re really starting to buzz now. Feeling good but your self-talk starts lecturing you.

A rational response here would be to say “So what, it’s just half a donut. No big deal.”

But no, the “What the Hell” effect kicks in instead. You conclude, “Shit, I’ve just blown my diet. Might as well finish the donut.”

So you do and 15 minutes later you’re back grabbing a second one.

“What the hell? Might as well eat crap the rest of the day because I’ve already screwed up.”

And you do.?A measly half donut turns into an eight hour binge of crappy food.

The What the Hell effect is a powerful left-right combo.

First the guilt, shame, disappointment and even depression you feel for failing to beat your craving.?And then the physical damage from eating 2500 calories of shit.

You have two levels of defense. Use them both.

Attention is the key to a successful life.

When you feel your urges creeping in, try any of these stress mitigation strategies that have been proven to actually work.

Instead of grabbing the donut or hitting the vending machine for a candy bar or getting a can of Coke, supersede with one of the following:

Why do these strategies work?

They boost your production of brain chemicals like serotonin and GABA, both of which are mood enhancers. And you also get a little shot of oxytocin, a powerful feel good hormone.
So you’re getting:

We tend to underestimate how effective these strategies can be. So they are typically not top of mind when you’re trying to mitigate stress.

So what do you do instead?

Well you probably eat the donut. Or:

Because these activities stimulate your brain to release dopamine which gives you a buzz similar to psychoactive drugs. Your brain prioritizes this anticipated reward over the less powerful effects of serotonin, GABA and a little oxcytocin.

Your brain, especially when you are stressed, can be tricked into thinking the donut is the best option for you.

So what do you do?

This is why you have to pay attention.

Know your triggers. Anticipate your built-in response mechanisms.?Understand that your brain is prioritizing the dopamine reward over all other options.

You know this isn’t the right decision. Your adult brain, if cognizant, wouldn’t pick the donut.

But your unconscious mind will.

So you intervene and try a proven strategy. Maybe you should:

Now you have three powerful mood enhancement strategies working together to beat back your craving.

Be ready for failure

Shit happens. Sometimes you’ll find that donut half way down your esophagus before you’ve even thought about it.

Then you employ strategy #2.?Don’t let the “What the Hell” effect crush all your hard earned gains.

Your key defense in employing both of these strategies is being aware.

Pay attention. Be present. Think before you act. Eat like an adult.

Call it what you like but you have to beat your unconscious mind with conscious thought and then take action.

OK so you’ve crashed and burned a little. You ate the damned donut.

So what? So fucking what? That’s your response.

Don’t fall on your sword. It’s not the end of the world. Little treats here and there really don’t amount to much, if anything, over time.

It’s your habits that really matter.

What do you do?

Take a deep breath and relax. Enjoy the donut. You ate it so at least enjoy the flavor, texture and smell.

Your buzz is starting from the glucose rush and dopamine release.

Be aware. Your craving has not been satisfied. Dopamine, like many drugs, tends to make you want more.?You still have to beat back this craving so go back to Strategy #1.

Intervene in your own defense.

Reward yourself. That’s how you cement a new habit in place. The reward is important.

Your reward could be a simple pat on your own back. Or a glass of wine in the evening. Or ice cream for dessert. You decide.

You win the war by simply winning more battles than you lose.?You don’t have to win them all however.

And then just take it day by day.

Need a system to help you build effective habits?

Check out The Spartan Method. It pulls all the pieces together so you can get your life back on track.

Got an effective mitigation strategy you use for handling life’s challenges?

Explain it below in the comments section. 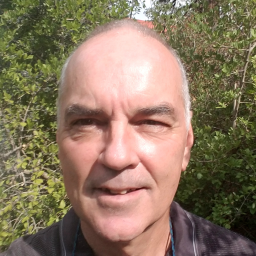